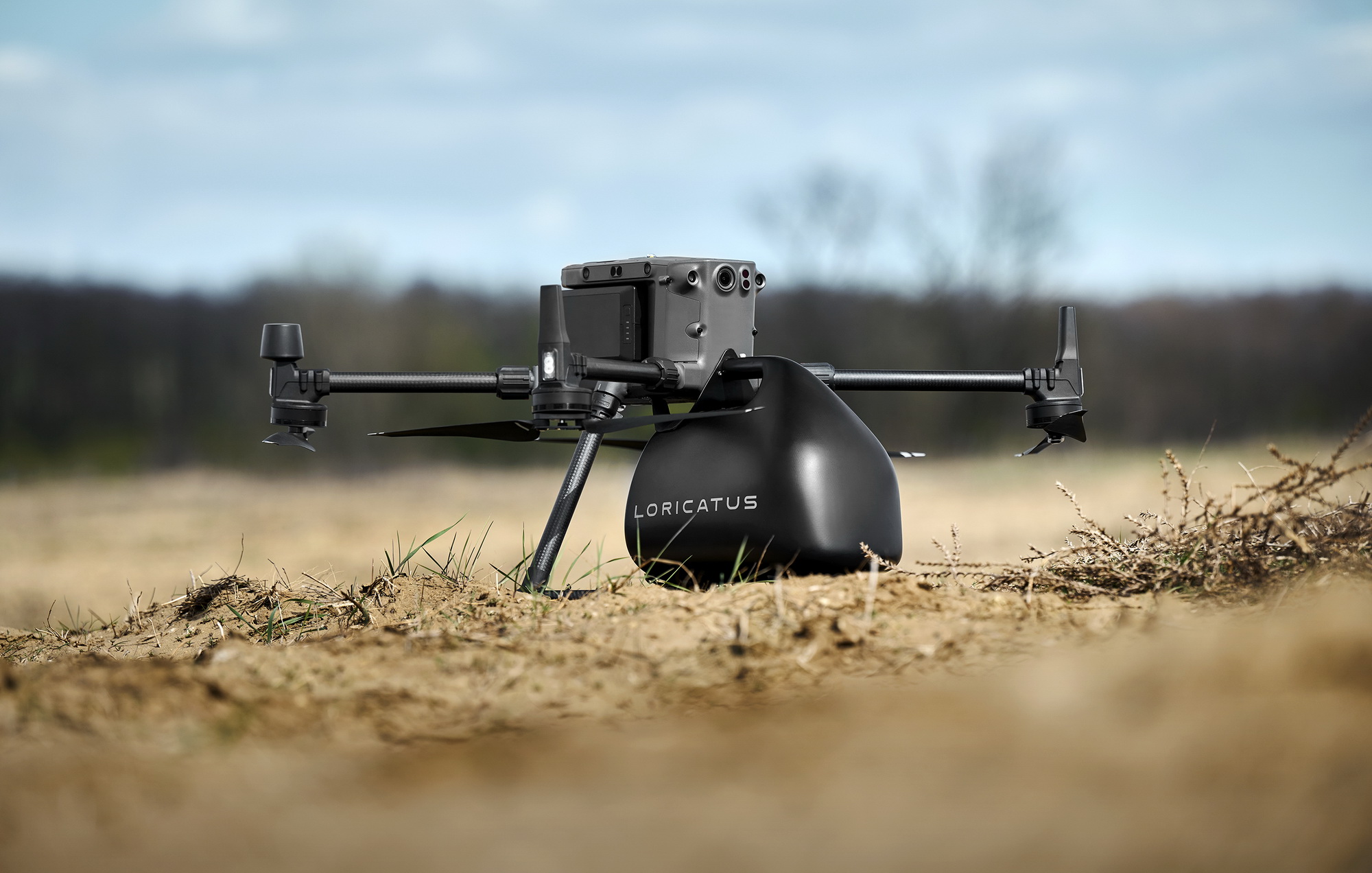 One of the most dynamically developing sectors today is drone technology. Not only are more and more drones appearing to serve a wide range of hobbyists, but the demands of individual industries also induce the development of professional drones and the tools that can be mounted on them. One of the leading companies in Hungary using drone technology is LORICATUS Ltd., where, in addition to supporting projects in laser scanning, various architectural and other industries, the solution of drone transport has emerged as a demand.

Limes Model Ltd. was commissioned to develop the delivery box. The aim of the terms of reference was to create a closed conveyor system with a maximum total weight of 500 g that can be mounted on the DJI Matrice 300 RTK drone, making the two-pilot drone a primarily medical device, but also effective in other areas.

The development project -started in the summer of 2020 – opened a new chapter in the life of Limes. The material knowledge, manufacturing technology and design knowledge accumulated during the modeling had to be supplemented with several new areas of expertise, for which we found excellent Partners. The functional, aerodynamic, manufacturability and mechanical fastening needs had to be handled and solved at the same time.

First, it had to be assured that the drone could be reliably loaded with the shipment of the imaginary shape and total weight. Therefore, following the first conceptual designs, we made a 1: 1 scale model, which was also tested in flight with the expected total weight of 2.5 kg. It was a fantastic experience to see the drone rising into the air for the first time with the model of the box. Apparently, the maximum transport weight during normal movements did not cause any difficulty, which was also confirmed by the telemetry data. In the second step, the manufacturability issues of the box were discussed. Based on the extremely low weight compared to the size and the expected stiffness parameters, we planned to use carbon technology from the beginning. This high-precision manufacturing process also affects the shape, so we made small fine-tuning on the geometry. In the case of the first box made of carbon, we have already focused on satisfying the additional aspects of the Client.

The condition of the wide applicability of the transport box is that the consignment, which can be placed in the internal free volume, is properly secured at all stages of the flight process. Perhaps this was the area where we explored and tested more options. In the final solution, not only the safety and usability aspects, but also the recycling played a role, so we made a special fastening bag, in which the shipment can be securely fastened.

Following the test flights, where our Client examined the operation of the complete system as widely as possible, the main components were also tested in a technical laboratory. It was a reassuring confirmation to them that the initial expectations were far exceeded by the values measured in the laboratory.

At the end of the more than six-month development process, we were able to hand over a prototype to Loricatus Ltd. with which they could boldly start their worldwide sales process. In agreement with our Client, we believe that the development has become a world sensation, because the shipping box is already sold and used live in many countries, where its application is not prohibited by local legislation.